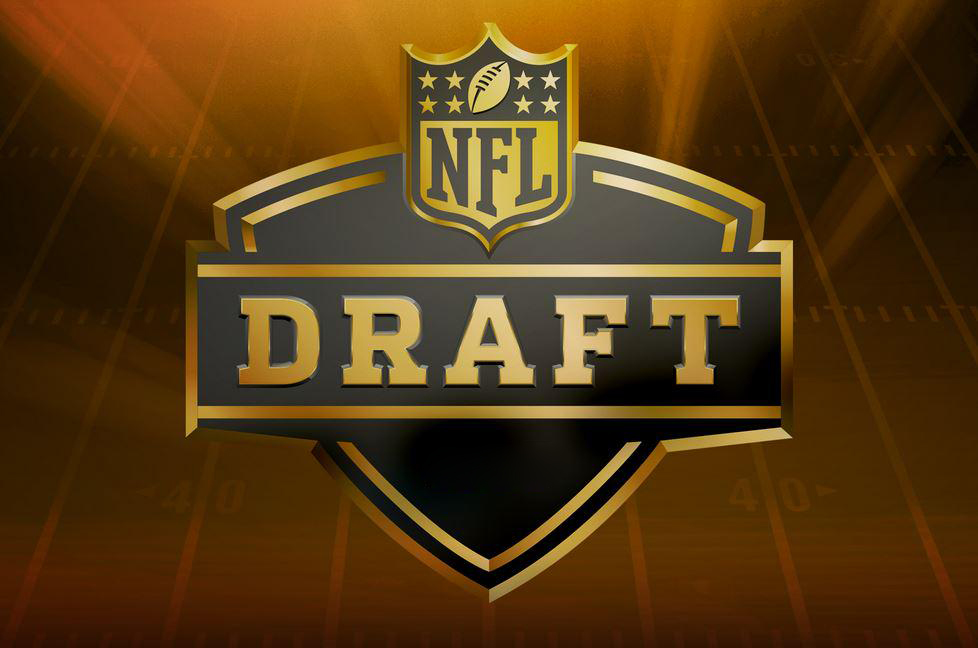 Have to admit, this was one of the tougher 1st mocks I have ever put together. With the lack of truly elite players, it was tough balancing best available player, position value and need. The really good players are going to go fast and at the 17 slot in most rounds we’re not in a great position for Rounds 1 and 2 (at least we’re not used to being this low!).

In the later rounds it matters less and it’s easier/cheaper to move up or down. Plus with the extreme lack of elite players this year, the Combine results are actually a lot more important to see speed, explosion and measurables for those mid-tier guys. My Post-Combine mock may look very different.

I have not assumed any trade ups or move backs in this first mock, but I believe that will happen and will be necessary to target specific players that we don’t want to miss out on. Especially in the 2nd round, I could have picked 6 players I’d like to move up for. We have that extra 3rd round pick that might offer enough value to allow that kind of trade.

Instead, my approach through this entire process was to identify DYNAMIC Possession Players. Guys who are multiple in their abilities to play more than one position, and offer at least one elite trait, if not more. I almost feel like if we got two starters and 6-8 really great depth players in this Draft I would call that a huge success.

NOTE: With the combine coming, my next mock could look rather different in Rounds 4-7. This year especially there are tons of players with little film and no hype that might show up with real speed or athleticism at the combine that will cause them to rise quickly. Keep an eye out for pSPARQ scores that measure explosion/speed. Some guys I hope to get in these lower rounds may go much earlier after Combine results are in.

Christian Wilkens was a no-brainer. I believe he is an equal talent to Quinnen Williams and Jeffery Simmons. More importantly he is an incredible leader and team member. He was like a coach on the field and was always demonstrating high-level leadership qualities around his teammates. He would be an enormous get for us. Some of his skill sets need refining (see my Player Eval on him) but you can’t teach his physical make up and abilities. Draft him and go.

Riley Ridley is the perfect value pick for an X-Receiver, but he is also highly dynamic and multiple. He is a legit 3 level threat on the field with excellent speed and ball skills. X, Slot or Z he can do it all. Athletically he’s a monster, but he ran a very limited route tree at Georgia and was used sparingly. They were a run-first offense (thanks to Nick Chubb, Sony Michel and Elijiah Holyfield!) so Ridley’s production was extremely low. But…he has all the skills you want to start with and the ones he is lacking can be learned. His ceiling says by Year 3 he’s a #1 receiver. Fairly confident we can get him at the 49 slot.

Jakobi Meyers is my Offensive Man Crush player this year. I am 100% intent on getting more than one receiving weapon for Baker6 and Meyers has run up Draft boards in the last few weeks from Round 5 to Round 3. Big jump for a kid with no hype. But man is he a baller. My favorite thing about him is that thick lower body that makes him so hard to tackle. He has short area burst, excellent contact balance and hands that make you want to cry. Catches everything, in middle-of-the-field traffic and against press man on the boundary. He is that move-the-chains clutch guy you need to convert 3rd downs. My BIG Slot hero!

Tyrel Dodson may not be one of the names you’ve heard at LB, but my research says he’s a bit of a gem. We desperately need help at starting positions and in depth. Dodson is a big man who moves like a guy 20lbs lighter. He has incredible range for his size and can fill run gaps with power. Elite processing/diagnose skills to sniff out runs, reverses and blitzes his gaps when presented. He’s multiple, with ability to play SAM and MIKE so he can be switched often. Not a liability in coverage against the TE and larger Z receivers, but best in the shallows. Great wrap up tackler. Did I mention ball skills? He has several interceptions in coverage last two years as icing on the cake. Draft. What. You. See.

Michael Jackson is my Defensive Man Crush this year. He is not working with ideal athletic traits, you might say he’s a bit of an underdog. But his physicality, strength and length make him a perfect press-man corner. He is SO aggressive in coverage and has tremendous ball skills in the open field and in phase. Several highlight interceptions in the last three years. His aggressiveness up at the LOS shows up in great run coverage to the flats and when given a lane he makes some spectacular tackles behind the line in the run game and on late blitzes. His energy and enthusiasm for the game is what I love, he’s fun to watch play and you know he leaves it all on the field. Possession Player baby!

Evan Worthington is almost like Michael Jackson’s twin at Safety. The kid shows so many of the same skills and love for the game. Energy and aggressiveness off the charts. Natural ball skills that created turnovers multiple times a year. Incredible closing burst to tackle in the flats. Won’t be effective in single high coverage, but has the range and speed to be multiple and play two high, slot and up at the line. His burst and processing makes him effective in blitz packages. Another Possession Player who leaves no doubt he wants it more than other guys.

Ulysees Gilbert would be my favorite player to watch develop in this draft! He plays for Akron, so that’s a great story, but he has SPEED on top of SPEED! He’s surprisingly physical given his weight and combine that with his burst, you get explosion and shedding in the box because he can get skinny before linemen get their mitts on him. He’s going to need to put on weight, strength and power for the Pros, but dude is highly multiple. Can play all 3 LB spots thanks to his range and coverage ability. He is a form tackler and can plug run gaps with power. On top of that, he could also play box/strong safety in rotation and sub package situations. He needs to add power and muscle, but his processing and explosion can’t be taught!

Jordan Ta’amu…yep a QB. I know I swore I was SO HAPPY not to look at QB’s this year, but we need a truly viable long term back up for Baker6. Tyrod Taylor will be gone, and Drew Stanton might be next year. This kid from Ole Miss has many of the skills Baker has. Quick release, compact and jumps off his hand. Accuracy is his plus skill. Throws a beautiful deep ball…OMG watch some of his highlights. Sees the field fairly well but needs work there and also has some trouble driving the ball out to the boundary. Great in the pocket and can also throw accurately on the run when things break down. He is actually a dual threat guy, can run pretty well. He just seems to me the perfect complement with enough of the same strengths and style that he can run our Offense in a pinch no problem. This would be a GREAT use of a late pick!

Jalen Jelks would be my Unicorn pick at this spot. Only slightly likely that he falls this far, but he’s a major tweener after playing DE at Oregon and is too light for EDGE in the NFL. He probably is going to be very attractive to 3-4 teams as OLB, but I am hoping he is forgotten and drops so we can take him. He’s light at 250 lbs but has great length and boy does he have GET OFF! Unreal first step and has had a knack for getting penetration and pass rush pressure despite his frame limitations. He gets super skinny in the gaps and just shoots through, not giving guys anything to grab onto. What’s more impressive is his lower body explosion and power that allows him to be effective in the run game. This is why I’d love to see us get him into a multiple role situational player. Blitz off the edge in that 5 Tech or Wide 9, at MIKE where he can use his run fits effectively and maybe even SAM if he’s able to handle TE’s in coverage (which he should). Really interesting project player that has INCREDIBLE physical skills already!

Marquise Copeland is your requisite 7th round/UDFA project. Naturally he’s another DT for depth, and he can generate both pass rush as a 3-Tech and anchors well as a 0/1 Tech inside. Take a flyer I say!