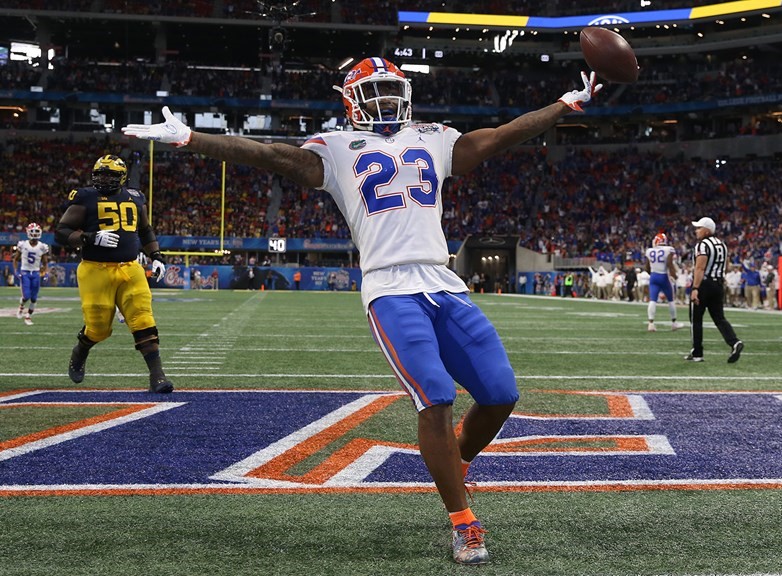 I will be posting my first Mock Draft shortly and I wanted to talk for a minute about what you’re likely to see from me. This is a VERY bad year for premier players in all areas except DL/DE, and even there the top guys will be gone really fast and after that there isn’t much between mid-Round 2 and Round 5 that would present proper value. Extremely disappointing draft overall.

For those reasons, I am looking to achieve the following in this draft:

Round 1 – Pick an elite/premier player on Defense, preferably the trenches who will start immediately

Round 2 – Find another Year 1 starter, open to Off or Def, looking for at player who is multiple and elite in one area minimum

Round 6 – I want to use this pick very selectively, looking for either a QB for long term back up, a Kicker or maybe a kid who has really good return and special teams skills but not much else as a regular starter

As a reminder, I will be constantly referring to Possession Players and our Franchise 12.

Possession Players are positions on both sides and special teams that do things on the field that constantly improve our ability to win games. To me these are guys that are not necessarily starters either, they may be your high quality depth. But when they come in they make big time plays in big moments because you drafted guys with at least one elite skill set and his role plays to that strength. These players are multiple in their skill sets too, can play more than one role, can fill in several positions with impact, so you can fully maximize effectiveness of sub packages.

They get you turnovers, they make tough 3rd downs, they get those last 14 yards to put you in field goal range, they get that sack when you need it most. WR, RB, SAF, CB and LB. Those are your highly specialized role players that get you wins in the Playoffs and a chance to play in the SuperBowl.

My Franchise 12 is defined as you see below. Most people will refer to only 6 key Franchise positions that make a team viable in the NFL. I say it is 12 positions (six on each side) and that’s how you KEEP your self in the hunt for multiple years. I see real progress towards this goal of having “A” players in these franchise roles, but we need a few more! If we can solve for 3-Tech DT and long-term Center in the next two drafts we are in good shape. The risk comes from having to re-sign your best players and not let this group backslide…

After grading our roster on a 5.0 scale, 1.0 being worst, I see that my score indicates exactly the state of things and where we are as a team. The old adage that “you are what your record says you are” rings true and in 2019 we will have an entire season with this roster to see what our record is going to be as currently constructed.

Problems exist in all three phases. Still many players who we’re trying to find a ceiling on and a reason to keep, too many depth players without special skill sets, and a much improved Franchise 12 line up that still has some gaps.

My scoring is based on a grade for Offense, Defense and Specials driven by player level grades in EVERY position. Those roll-ups compute to a total Team Grade. Then I review my grade for the Franchise 12 and depending on the strength of those positions, I offer an additional adjustment up or down for a final Adjusted Team Grade.

We are a C+ overall in my opinion:

Naturally what you see above is going to drive my 2019 Draft Strategy…have a look at my Mock Draft 1.0 Pre-Combine and watch for Player Evals as I start posting them this week!